Joan and Bob Zaleski knew they wanted to spend their retirement flying, but factory-built planes were too expensive. So, they decided to build one themselves.

It took two years, four months, and eight days for the married couple to build the plane from the ground up. They say it’s a tough feat to accomplish, especially in that time frame. Some people start and never finish.

“It was a piece of cake,” said Bob Zaleski, 66, a former pilot for American Airlines, as he sat inside the pilot’s lounge at Naples Municipal Airport, steps away from the hangar housing their shiny white, red, and charcoal plane.

While the experienced pilot did confess that putting a plane together was more challenging than not, he also said he felt confident in their ability. He flew for 40 years as a commercial pilot and was a licensed aircraft mechanic.

To understand why they embarked on this journey, you have to know their story.

The Zaleskis met in the late ’70s at a flight school in Chicago. She worked in the office, and he was a flight instructor. He taught her how to fly a plane when she was 19.

After tying the knot, they knew someday they’d have a plane of their own.

Most every summer, they would attend AirVenture, an annual air show, which attracts thousands of aviation enthusiasts to Oshkosh, Wisconsin.

“I would always come back from that pining for an airplane,” Bob Zaleski said.

They didn’t have a Sling 2 at the air show, so they flew out to California to take a ride in the model.

That sealed the deal. They would build a plane.

“We didn’t think about it for very long,” said Joan Zaleski. “We were off and running. We tend to fly by the seat of our pants. We never have much of a long-term plan.”

Originally from Illinois, the retired couple decided to sell their house and move down to sunny Naples in 2014.

“When we told our friends we were moving down to Naples and building a plane, they all thought we’d lost our minds,” Joan Zaleski said.

Her husband saw this as incentive.

“When you tell your friends something like that, well, you got to do it,” Bob Zaleski said.

The couple started the project in 2015, and spent at least 20 hours each week on the plane. They made sure to stock their work space with plenty of food, water and tools.

Amateur-built aircrafts are built by individuals and licensed by the Federal Aviation Administration as experimental, according to the Experimental Aircraft Association.

The Zaleskis spent $105,000 on their plane, which is set up with the latest GPS technology.

The Zaleskis saved money, but at a price.

The plane was shipped to them in a kit, which included a manual, and thousands of parts and 14,000 rivets, or fasteners.

“In that moment I thought, ‘What did we do?'” Bob Zaleski remembered.

“It was a little intimidating,” his wife said.

Despite the difficult task ahead of them, they moved forward, putting in the time and making friends along the way at the airport.

Sometimes, those friends would chip in, especially when it came tougher jobs, like placing the wings on the aircraft.

Bob Zaleski works on the fuselage of the Sling 2 during the early stages of building on Jan. 12, 2017. (Photo: Photo courtesy of Hangar 1404)

“A lot of the male pilots were surprised I, as his wife, was out here with him. They said they couldn’t even get their wives to fly in the plane,” Joan Zaleski said.

The couple documented their project from start to finish on a Facebook page titled Hangar 1404, which was created solely for the project. The page has more than 500 likes.

When Bob Zaleski  turned on the engine for the first test flight, his wife, who stayed on the ground, took a Facebook live video to capture the momentous occasion for their family and friends.

She said she wasn’t really worried about her husband the first time he flew the plane.

“I was so excited,” she said. “I knew how we built the airplane, we know how it flies, and we did a lot of ground testing.”

Bob Zaleski explains some of the electronics and navigation that is set up in the Sling 2 airplane at the Naples Municipal Airport on Thursday, May 10, 2018.  (Photo: Olivia Vanni/Naples Daily News)

Fast-forward to today, and the couple is flying everywhere. At least once a week. They’ve flown as far as Chicago for Thanksgiving, and around town. Sunset in Marco Island? No problem. The two just jump in the plane and take off, sometimes with their dog. The aircraft has some luggage space in the back.

Bob Zaleski said it’s pretty economical to fly their plane, which can travel up to 1,000 miles with one fill up of gas. As far as speed, they can go up to 130 miles per hour.

Now that they can fly, Bob Zaleski said he felt inspired to take it a step further and build a four-seater plane. But his wife was quick to say no.

“We want to be fliers, not builders,” Joan Zaleski said.

The couple hopes to fly for as long as they can.

“It’s so beautiful up there and really brings about our sense of adventure,” he said.

“It’s the ultimate freedom,” she added.

Naples Reserve is off to a strong start, with first quarter 2018 sales increasing 49 percent compared with the fourth quarter of 2017.

Savannah Lakes neighborhood features home designs, some with extended lanais, outdoor kitchens and fireplaces. The neighborhood’s one- and two-story homes offer three to four bedrooms and up to four-and-a-half baths, priced from the high-$300,000s.

Egret Landing is the community’s most popular neighborhood with its offering of lake- and nature-view single-family homes. Nearly 35 percent of Naples Reserve homebuyers selected from the collection of one- and two-story homes with three to four bedrooms and up to three-and-a half baths from Ashton Woods and D.R. Horton, starting from the low-$300,000s.

Indoor and alfresco gathering areas at the Island Club include a lakeside fire pit and casual beverage and dining options at the Chat ‘n Chill Tiki Bar and Latitudes Cafe. At the Outrigger Center, a variety of watercraft options are available for residents’ use, as well as a flex-space available for game days, special events and other activities. Cruises on the community’s two Duffy electric boats depart from the center’s floating docks for residents to explore Eagle Lake and Kontiki Island. Naples Reserve also offers homebuyers along Eagle Lake the opportunity for a personal floating boat dock.

The lakefront Match Point complex, now open, offers residents access to five tennis and pickleball courts. Nearby, the Walk & Wag dog park provides a place for residents and four-legged friends to enjoy together. An additional dog park – Paws Awhile – is also planned, as well as a Kid’s Cove playground and picnic area and a linear park for biking, hiking and jogging. Navigating a loop road circling Naples Reserve, the park is designed to engage residents with their natural environment and provide an alternative mode of transportation throughout the community.

Naples Reserve is located off U.S. 41, 2 miles southeast of the Collier Boulevard/CR 951 intersection and 10 minutes from I-75, Exit 101. Visit 14885 Naples Reserve Circle or online at www.naplesreserve.com.

Looking to buy a house in Florida? You might want to consider Collier and Lee counties, according to a recent survey.

Collier County ranked seventh among the best places to own a home in Florida versus renting, while Lee County came in 15th.

The question to buy or rent a home is the first hurdle for those looking to make a financially smart move.

Both options have their pros and cons, but a recent study by SmartAsset, a financial technology company, gathered data on average rents and home prices and compared buying to renting in every county in America to help those seeking to make a wise decision when moving.

SmartAsset’s study shows Collier’s average home price at $450,694. That translates to an average monthly mortgage cost of $1,712 for principal and interest. The average rent in Collier is $1,737, potentially making buying a wiser investment.

“This study looks at the time it takes for buying to become more cost-effective than renting,” said AJ Smith, vice president of Financial Education at SmartAsset. “So when the difference between the cost of buying and renting shrinks, the break-even year for a given county will drop as well. This helped Collier County rise in the rankings.”

In first place was DeSoto County, with an average home price of $131,112 and an average mortgage cost of $498 — almost a third of what it would cost to live in Collier, according to the study. The average monthly rent was $1,061.

The study compared the total costs of buying and renting a typical home or rental in each county, for a household earning $100,000 a year, according to the SmartAsset website.

For the “buy” scenario, SmartAsset made the following assumptions: a mortgage rate of 4.5 percent, closing costs of $2,000 and a down payment of 20 percent.

For those buying in Collier, the study estimated a break-even point occurring 18 months after purchasing a home.

Of the top 10 best places to own a home in Florida, Collier was the priciest, doubling and tripling the costs of other counties.

This is the first time Collier made the top 10 list for this study. The study had been done since 2015.

Best places to own a home in Florida:

Just off the coast of Naples, a manmade reef system teems with diverse sea life – beckoning divers and anglers alike. 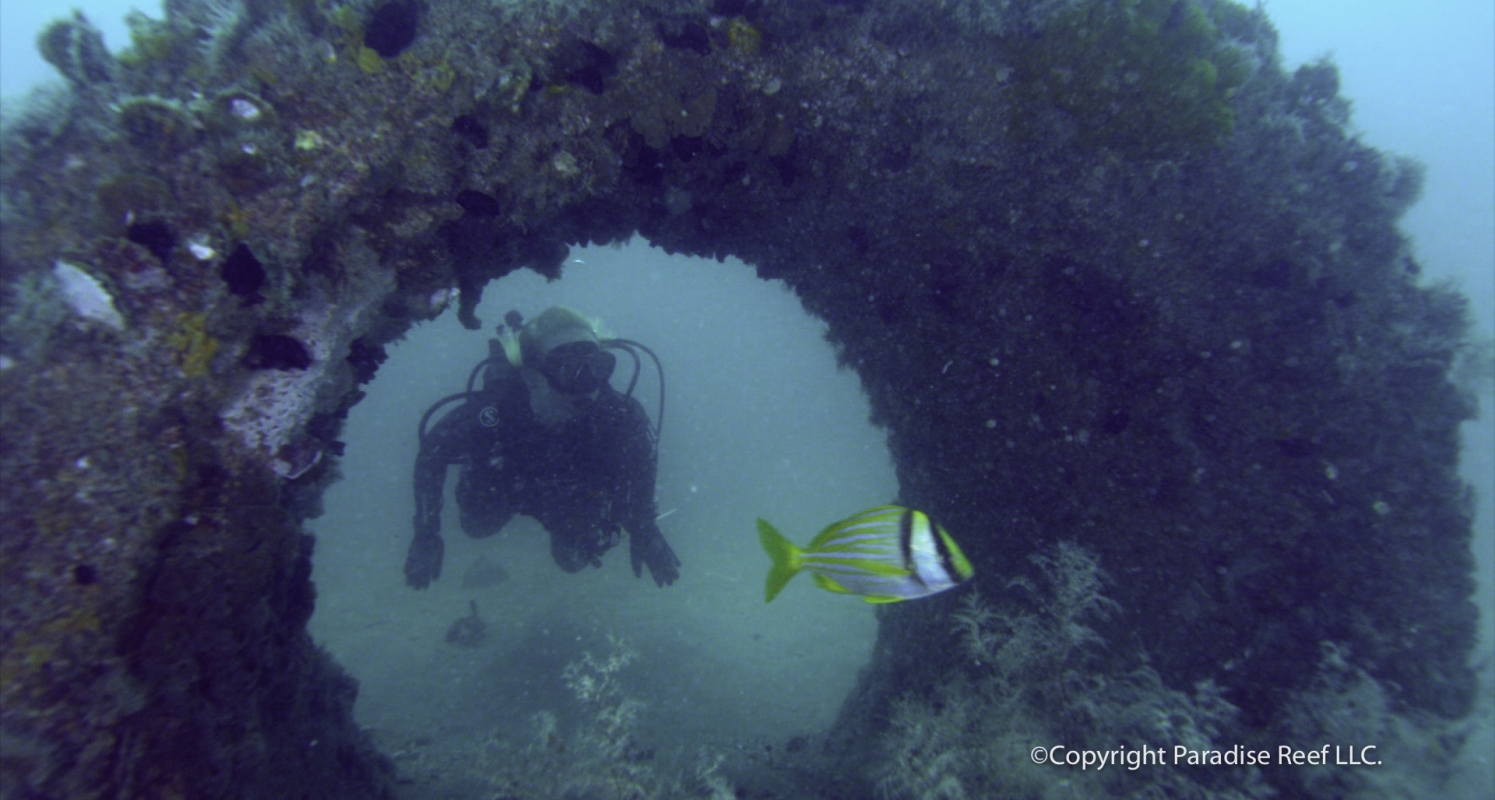 Naples, Marco Island and the Everglades of Collier County, Florida, have always been a paradise of natural beauty and life.

Now, 37 new artificial reefs built from over 18,000 tons of concrete are examples of the community coming together to create a unique aquatic wildlife habitat. These reefs are made with recycled concrete materials, removing this material from the landfill stream. Recent visits to the reef have seen an expansion in types and species of fish not seen in years.

Fishermen, from expert to amateur, can catch their limit of excitement as a wide variety of game and bait fish now call the Paradise Coast Reef their home. Schools of snapper, cobia, grouper and even barracuda live within this thriving deepwater habitat.

Divers, navigate your way to the Naples area to discover the new reefs and their inhabitants – including up to 300-pound Goliath Grouper. Stock up with the help of a local dive outfitter, or take a scuba diving charter with local pros. February sales of houses and condos in the Naples area increased 10 percent from last year’s volume, the Naples Area Board of Realtors reported.

Pending sales of Naples-area houses and condos slipped 3 percent to 1,056 in February from 1,092 in the same month last year.

The number of active listings for Naples-area houses and condos totaled 6,286 in February, down 3 percent from 6,466 in the same month last year.

Houses and condos sold in February were listed for sale for an average of 96 days prior to closing, down 3 percent from 99 days in February 2017. We are thankful to have found the buyer for this Piece of Paradise ONLY 1 DAY after we put it on the market!

Discover your home value and track one of your largest investments by clicking the link below! Who you work with DOES matter!